On 27 and 28 June 2019, Christian Schumann conducts the Berlin premiere’s of Peter Eötvös​’s opera Angels in America, with other performances on 29 and 30 June at UNI.T Theater. The production, at Universität der Künste, Berlin, is a collaboration between students on the singing/​musical theatre course, the symphony orchestra of UdK, and students on the costume and scenery building study programmes.

Based on Tony Kushner’s play, Eötvös’s opera condenses Kushner’s seven-hour epic into a portrait of a self-destructive world in which man’s will to live and his uttermost hope nevertheless triumph. First performed in Paris in 2004, ​“Angels in America” is written for actors, singers and 16 solo instruments, and the resulting effect is one of an intense and intimate performance. The score combines hints of jazz and pop into a richly coloured modernist voice.

The performance on 29 June will be broadcast via live stream at 19:30 CEST on: www​.livestream​.udk​-berlin​.de 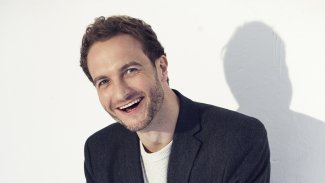 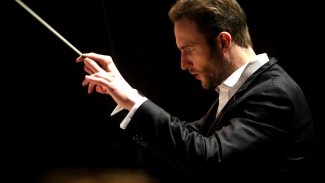