Best known for his imaginative and daring orchestral projects, Outwater began the 2019/20 season with a hugely successful collaboration between San Francisco Symphony, with whom he has a long-standing relationship, and the legendary rock band Metallica:S&M2, which already has nearly 500k views on YouTube.

Outwater has produced and curated a variety of special projects including ​“Sound Health,” a collaboration with soprano Renée Fleming, The Kennedy Center, and the National Institutes of Health; ​“Holiday Gaiety”, an LGBTQ holiday concert he created with drag performer Peaches Christ and ​“Beethoven and your Brain”, a scientific demonstrations of what happens to audiences’ brains when they come in contact with the composer’s Symphony No.5 and ​“Symphony for Metalheads”. 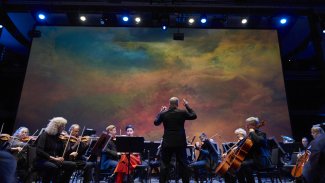 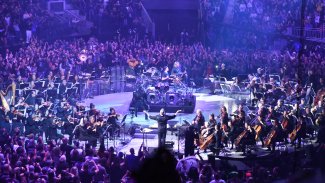 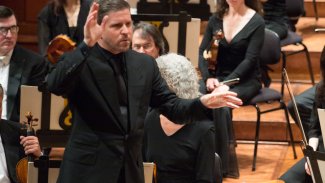 Edwin Outwater: BEETHOVEN AND YOUR BRAIN