Becca Stevens has announced a headlining European Tour towards the end of 2019 in anticipation of her forthcoming album. The first date of the tour begins on the 30 October at the Musikbunker in Aachen, Germany, before heading across many other European countries including; Norway, Sweden, Czech Republic and the Netherlands for Rockit Fest and Bimhuis in Amsterdam.

It is expected that fans will be able to listen to brand new material, while also being able to watch Becca perform songs from her highly regarded album ​“Regina”, which was released in 2017.

Becca Stevens is set to join Texas-bred/New York-based quasi-collective Snarky Puppy as they embark on their European tour dates. 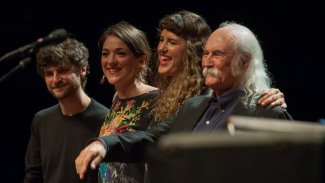