On 2 November Becca Stevens embarks on a North America tour with two-time Rock and Roll Hall of Famer, David Crosby.

As a member of The Byrds and Crosby, Stills, Nash, and Young, producer for Joni Mitchell (and many others), Crosby is part of the fabric of the modern American songbook. His newly formed writing and performance partnerships with Becca, Michael and Michelle is part of the rejuvenation of one of the most notable songwriters of our times as evidenced by the music on this tour and the new album, ​‘Here If You Listen’. 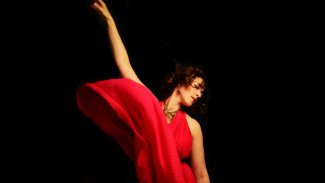