New York based Attacca Quartet, who had previously been signed to Polyarts for European management have now come fully on board for global general management with immediate effect.

One of the most dynamic ensembles of their generation, the Quartet are touring extensively in the US, with recent and upcoming highlights including Carnegie Hall Neighborhood Concerts, Wolf Trap, Carolina Performing Arts, Chamber Music Society of Detroit, the University at Buffalo’s Slee Beethoven Quartet Cycle series and a residency at the National Sawdust, Brooklyn, as well as their upcoming debut in the New York Philharmonic’s newly announced Nightcap series. Outside of the US, performances include Gothenburg Konserthuset, Sociedad Filarmónica de Bilbao and tours to Japan, Central and South America.

Working with orchestras, the Attacca Quartet have performed John Adams’ Absolute Jest with the Orquestra Simfònica de Barcelona i Nacional de Catalunya and Orquesta Nacional de España, under the baton of the composer, and with Marin Alsop at the Cabrillo Festival of Contemporary Music.

Aside to extensively performing the classical canon of string quartets, Attacca Quartet are passionate advocates of contemporary repertoire, actively commissioning new works and dedicated to presenting and recording new repertoire. Their next recording project will feature string quartets by Pulitzer-prize winning composer Caroline Shaw, with whom they will also perform live in concert; details of this project can be found here. Previous recordings include three critically acclaimed albums with Azica Records, including a disc of Michael Ippolito’s string quartets, and the complete works for string quartet by John Adams.

“They may be a relatively young ensemble, but already they come very close to epitomizing the string quartet ideal…Mastery like this is scarce enough in quartets that have played together for decades.” 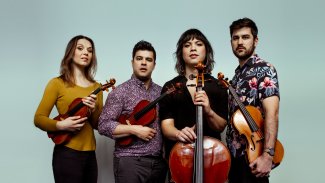 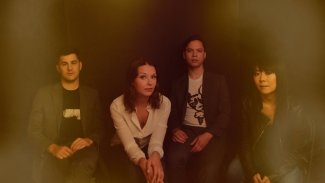 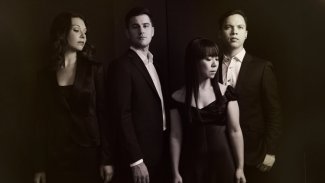