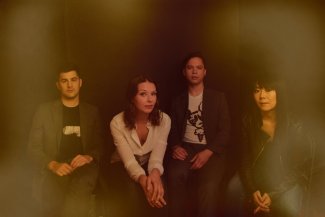 Polyarts is delighted to welcome the Attacca Quartet to its roster for management in Europe (excluding Spain). With playing described by the New York Times as ​“exuberant, funky and more exactingly nuanced”, and composer John Adams stating that they ​“share his musical DNA”, the internationally acclaimed string quartet is one of America’s premier young performing ensembles.

Equally at home performing and recording traditional repertoire (such as Haydn and Beethoven) as well as contemporary works, the Quartet recently launched its ​‘Recently Added’ series which is dedicated to living composers who Attacca feel have added significantly to the string quartet canon. The 2018/19 season will see them perform works from ​‘Recently Added’ as well as traditional repertoire throughout the USA and Europe. Forthcoming concerts include Festival Centro Histórico (Mexico), Carnegie Hall (USA) and Fundación Botín (Spain)

The Attacca Quartet is managed in the USA by Baker Artists and in Latin America and Spain by Désirée Halac.