Polyarts artist Francesco Tristano performs his Goldberg City Variations project in a concert alongside artists such as Thomas Enhco, Gaspar Claus and Arandel as part of the ​‘Bach Marathon’ at Cite de la Musique Hall (Paris Philharmonie) on 31 March.

Goldberg City Variations is an ambitious, brilliant project using midi technology to build a digital city in real-time with a combination of piano and computer. Francesco describes the project in more detail:

“I play on a piano linked to MIDI technology (Musical Instrument Digital Interface) where each note of the 26,000+ notes of Bach Goldberg Variations is translated into digital data. This digital data works as a timeline for the construction of the city: with real time rendering. It is not a VJ playing alongside me playing the Goldberg — it is actually computer game software creating our 3D Goldberg city in real time.” 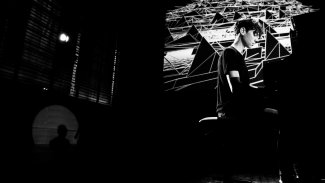