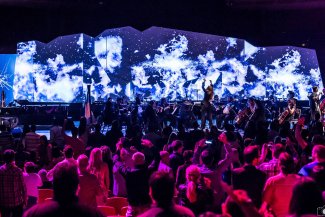 Eímear is one of the world’s premier conductors of game scores, having also conducted The Legend of Zelda, Symphony of the Goddesses and World of Warcraft franchises with orchestras including the Royal Philharmonic, The Philadelphia and Pittsburgh Symphony.

Eímear’s recent and upcoming conducting highlights include: Dallas Symphony Orchestra, Sydney Symphony Orchestra, Washington National Symphony Orchestra and Krakow Film Music Festival. Her recent speaking engagement include InspireFest, The Web Summit and will she give the keynote address at the largest celebration of International Women’s Day in Dublin in March 2018.